Last week we talked about my struggle with self-harm. This week we will talk about how I got help, and began down the road of recovery. 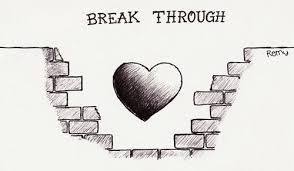 After hiding my pain for so many years, and my self-harm for months, I finally admitted to my mentors that I was cutting and the response I got was completely opposite of what I expected. There are very few memories of that time of my life but the one that I hold close to my heart is one that led to

my breakthrough of emotions.

I believed that no one cared about how I felt and no one had time to listen or help me. I learned that although people might not have time, they

I remember sitting on the floor of my mentor’s office, sobbing and she sat beside me, rocking me, and praying over me. I had no idea how deep I was within my own emotional and mental pain until I discovered that I was not sure if I even believed in the God she was praying to.

Not once did my mentors yell at me, or get angry with me. I had no idea at the time what I was putting them through but I know now that they were

never mad at me.

If anything they were concerned, maybe scared. There were times I really did not like them; the time they took away my sharp objects, or would not let me leave until I talked to them. At times, I wanted nothing to do with them, but I know they care and no matter what I thought or felt about them, I have the

deepest sense of respect for them.