This week is Eating Disorder Awareness Week, so our team at Defying Shadows decided that we would join the discussion and help raise awareness about these disorders.

Binge Eating Disorder is characterized as “compulsive overeating” that causes an individual to consume huge amounts of food while feeling out of control and powerless to stop. These symptoms of binge eating disorder usually begin in late adolescence or early adulthood, and most often after a major diet. A binge eating episode typically lasts around two hours, but some people binge on and off all day long.

People who binge eat often eat even when they are not hungry and will continue to eat long after they are full. They sometimes also gorge themselves as fast as they can, barely registering what they are eating and/or tasting.

People who have Binge Eating Disorder struggle with feelings of guilt, disgust and depression. They worry about what the compulsive eating will do to their bodies and beat themselves up for their lack of control. They desperately want to stop binge eating, but they feel like they cannot.

People with this disorder are embarrassed and ashamed of their eating habits, so they often try to hide their symptoms and eat in secret. Many people who binge eat are overweight or obese, but they can also be normal weight.

Ask yourself the following questions… If you answer yes to most of these questions, it could mean that you have Binge Eating disorder.

If you feel as though you might have Binge Eating Disorder, it is important to seek the treatment of a medical professional. There are several different treatments including therapy, support groups and medications. 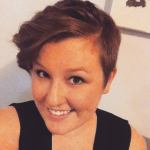 Nichole is a Social Media Marketing Manager, student, daughter and friend. She’s working on her Marketing Diploma and has a Certificate of Christian Theology. She is an avid coffee lover who enjoys a good movie or book. She takes great joy in organizing, scheduling, and volunteering. Her passion for volunteerism extends specifically to those who are hurting, whether it is emotionally, physically, or mentally.

Nichole is certified to provide Mental Health First Aid, which means she can provide immediate support and guidance in a safe environment, comfortably have a conversation about mental health related issues and offer professional and other supports. This does NOT make Nichole a psychologist, or a counselor. It simply gives her the tools to direct people to the help they need.