Three days after giving birth to my daughter, I energetically went to my 6 a.m. spin class and had an intense workout. I had just given birth, but I felt like I could take on the world. This high quickly wore off, and I felt dead tired, yet I couldn’t sleep at night.

My sleep deficit got worse and worse. I became exhausted from a non-stop feeding and pumping cycle to help my daughter regain her birth weight. In this foggy state, I started to get confused, like when I thought my sleeping eye mask was my daughter in the middle of the night. There was the time when I forgot how to put the pieces together for the breast pump I had used dozens of times.

My confusion turned into full on delusion and I became paranoid as time went on. I remember being convinced my house was bugged and the police were coming to arrest me for a crime for which I was wrongly accused. I was so confused and paranoid. I thought the only way out of my crisis was to kill myself. So I told my mom and husband I was going to go jump off the Golden Gate Bridge.

This landed me in the psychiatric ward on 24-hour watch, as the doctors and my family patiently waited for the medications to stabilize my mind.

I had all of the symptoms ranging from having delusions, strange beliefs, hallucinations, paranoia and suspiciousness to feeling irritable, being unable to sleep, having rapid mood swings and difficulty communicating. I’m fortunate to have gotten support early, and to have recovered fully. Sadly, many women are not getting the help they need because of the fear and stigma associated with maternal mental health issues.

Sadly, only 15 percent of women with postpartum depression ever get professional treatment. I know we can do better. There’s a lot of confusion and misinformation surrounding postpartum mood issues. This is especially true for postpartum psychosis, which is the rarest, occurring in about one to two out of every 1,000 deliveries. Unfortunately, postpartum psychosis only receives airtime when a tragedy occurs, oftentimes resulting in the loss of a mother or her baby’s life.

We rarely hear about the “Warrior Moms,” the survivors, those of us who weather past the storm, those of us who seek help, those of us who recover from this infrequent yet extremely treatable and temporary postpartum mood disorder. Postpartum mood issues cast a pall against the stereotype many women have about new motherhood: the idyllic glow, the joyful time that’s believed to be filled with sunshine and rainbows. These stereotypes are not only inaccurate, but they are harmful. Oftentimes, they prevent women from getting the help they need.

These five misconceptions around postpartum psychosis need to be put to rest once and for all:

1. Having postpartum psychosis means you want to hurt your baby or babies

Most women who experience postpartum psychosis do not harm themselves or anyone else. Many women experiencing psychosis are in fact trying to protect their babies from imagined danger. Immediate treatment is necessary for this serious illness because your judgment is impaired and you are experiencing a break from reality, but it is completely treatable and temporary for those who get professional help quickly.

3. Having postpartum psychosis means you’ll lose custody of your children

Many women are scared to get help because they fear they’ll be labeled unfit and their children will be taken from them. Getting the help you need from a trained healthcare professional is the best way to ensure you get better and are able to be there for your child or children. It’s true you’ll likely be hospitalized in order to get proper treatment, but as soon as you’ve stabilized, you will be able to return home.

4. Having postpartum psychosis means you don’t love your baby and are generally unfit to be a mother

No, this has nothing to do with how much you love your baby. It is not your fault if you suffer.

5. Only people with past mental health issues are susceptible to postpartum psychosis

Though risk factors for postpartum psychosis include a personal or family history of bipolar disorder or a previous psychotic episode, for many women this is not the case. Postpartum psychosis is not your fault and has nothing to do with your character. It’s a temporary illness, which comes about from a combination of sleep deprivation, stress and hormonal changes after birth.

If you or someone you know needs help, see our suicide prevention resources. 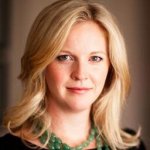 Lisa Abramson is an entrepreneur, speaker and executive coach. She co-founded Mindfulness Based Achievement, the New MBA, which teaches high potential women leaders how to create sustainable success. The New MBA has been taught at Google, Cisco, Salesforce, Mattel, LinkedIn, Microsoft and many other organizations. Abramson is a maternal mental heath advocate and has given a Tedx talk and been featured in Fast Company, sharing 5 Ways To Lean In Without Burning Out.  Abramson lives in California with her husband and daughter. Reach her on twitter @lisaaabramson