As I am researching the topic of schizophrenia, I found it quite difficult to find a proper definition to help show you what exactly schizophrenia is. Every single webpage I had looked at never gave an actual definition, but rather statistics and lists of signs and symptoms. After thinking about why this may be, I realized that it is such a broad illness (in comparison to others), that a formal definition may not be found due to its complexity.

Symptoms of schizophrenia include:

– Negative symptoms: these reflect the reduction of capacity such as lack of motivation, emotional flatness, a lack of pleasure or interest in life

– Cognitive symptoms: pertaining to the thinking process such as struggling with memory and organizing thoughts.

When seeking treatment for schizophrenia, medication is an option. However, it is important to note that medication will not cure your illness but will help improve your symptoms. Most commonly prescribed medications for schizophrenia are called antipsychotics or neuroleptics and help with hallucinations and delusions.

Someone very special to me has been diagnosed with schizophrenia. Ever since then, I have done everything I can to help them. Because of the stigmatization around schizophrenia, it’s very difficult to seek help as people may think you’re just “crazy” (yes, I have heard that before.) But, if left untreated, schizophrenia can be a very harmful and hazardous to the individual and those around them (I have also heard many of stories and it was very upsetting.) I have made it a goal of mine to help with research into schizophrenia. So, I have decided to make a monthly donation to the Schizophrenia Society of Canada in the hopes that one day we can have a better understanding of this illness. 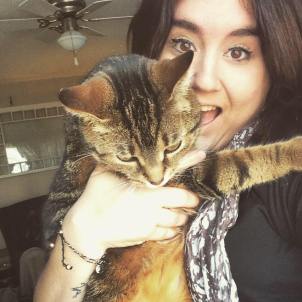