In today’s post we are highlighting SIDS awareness and what causes SIDS. When researching for this post, I found that the majority of the information about Sudden Infant Death Syndrome (SIDS) came back with the same information about the syndrome.

So what is SIDS?

Sudden Infant Death Syndrome (SIDS), also previously known as “Cot Death”, was originally defined in the late 60’s. SIDS is the name given to the sudden death of an infant or child which is unexpected by history and in which a thorough post mortem examination fails to demonstrate an adequate cause of death.

Basically is another way of saying it’s not known why these babies die.  In Australia, SIDS accounts for the deaths of more babies between the ages of one month and one year than any known cause.  This is because the treatment and prevention of other potentially fatal childhood disease have become more successful. Recent research has shown that the risk of SIDS has been at least halved in many countries by changing some childcare practices.

Sudden Infant Death Syndrome (SIDS) is most common between the ages of 2 and 4 months, and it can happen to younger and older infants.  SIDS occurs in both breast-fed and bottle fed babies, and of those who die, approximately 60 per cent are boys and 40 per cent are girls.  Infants have died from SIDS at all times of the day and night, in cots, prams, car seats, bassinets, even in parent’s arms.

Usually by definition, the causes of SIDS are not known.  Attempts to explain the sudden and unexpected death of an infant adequately have been difficult since earliest times.  Initially, if a baby died suddenly and unexpectedly in bed shared with adults, it was thought to be due to an adult rolling onto the infant during sleep, this was called ‘over-laying’.

There are no consistent warning signs that occur that might alert to the risks of Sudden Infant Death Syndrome (SIDS). Sometimes the infant may not have been feeding quite so well on the day that he or she died or there may have been symptoms of a slight cold or tummy upset. It seems that while minor infections of some sort or another are almost always found in SIDS babies, on careful post-mortem examination these infections are mild and seem in themselves to be an inadequate cause of sudden death. While there is no know cause and mechanism of death, Sudden Infant Death Syndrome (SIDS) is not contagious.

It is important to understand that no blame can or should be attached to anyone and to remember that at this time, SIDS cannot be predicted and that the causes of SIDS are not yet know. 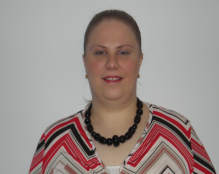 View all posts by Amanda Ogden