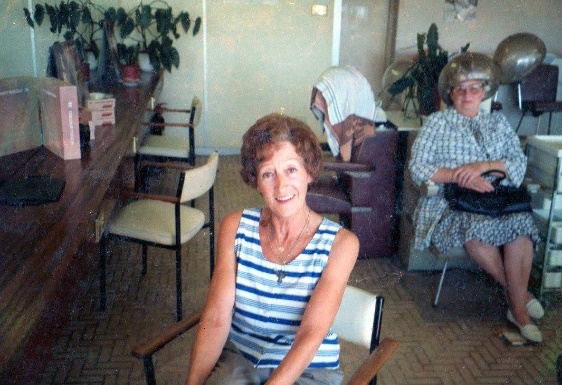 Dementia is an umbrella term used to describe a range of progressive neurological disorders, symptoms which may include memory loss and difficulties in problem solving.

Dementia is caused when the brain is damaged by a disease, such as Alzheimer’s or a series of strokes.

Dementia is progressive, which means it gradually gets worse over time. It can vary from person to person some people are able to live independently for years. Others need 24 hour care.

This is the most common form of dementia. The brain cells are surrounded by an abnormal protein which damages the internal structures. Chemical connections, between cells are lost and some die. This causes problems with memory this is usually the first symptom that is noticed, other issues include problems with perceiving information in three dimensions.

If the oxygen supply to the brain is reduced because of narrowing or blockage of blood vessels some brain cells may become damaged or die. This causes vascular dementia. The symptoms can occur suddenly or following one large stroke or through a series of small strokes, or damage to small blood vessels deep in the brain. The symptoms may vary but often overlap with those of Alzheimer’s disease.

This is where someone has more than one type of dementia and there is a mixture of symptoms it is common for someone to have Alzheimer’s and vascular dementia together.

Dementia with Lewy is closely related to Parkinson disease and often has the same symptoms, including difficulty with movement.

This is where the front and side part of the brain are damaged over time with clumps of abnormal protein which form inside nerve cells causing them to die. Signs and symptoms include behaviour and personality changes

disinhibition and inappropriate behaviour, especially in public and eating problems eg: binge eating. Picks disease is usually found in younger people between the ages of 45 and 65.  It is uncommon and difficult to diagnose and is often confused with depression or psychosis.

The symptoms of these kind of dementia are often different in the early stages, they become more similar in the later stages. This is because the brain becomes affected as the disease progresses.

Rare dementia accounts for about five percent of the population there are several kinds.  They are more common amongst younger people.

These include alcohol related dementia including Korsakoffs syndrome, Corticobasal syndrome and picks disease

Korsakoffs syndrome is a brain disorder which is usually associated with heavy drinking over a long period of time although it is strictly not a dementia, people who have it often experience loss short term memory. Alcohol related dementia (ARBD) is caused by drinking too much this term ARBD covers several different conditions including Korsakoffs syndrome and alcohol related dementia. They share similar symptoms most people with this type of dementia who receive good and correct support and who remain alcohol free make a full or partial recovery. Drinking more than the recommended limit increases the risk. Binge drinking in one session is very harmful as it raises the amount of alcohol in the blood.

With Korsakoff syndrome, the main cause is lack off Thiamine it often develops as part of a condition called Wernicke syndrome it has 2 stages 1 in 8 people with alcoholism will get it. It usually develops suddenly often after abrupt and untreated withdrawal from alcohol.

A person will become disorientated be undernourished underweight and may have jerky eye movements. Or paralysis of the muscles that move the eye.

With alcoholic dementia, loss of brain tissues is caused by toxic effects of alcohol misuse over the years.  A brain scan will reveal general brain shrinkage. The part of the brain, that will be affected, is the front of the brain which deals with solving problems, and setting goals or making decisions.

This varies from person to person  it can progress over time and people may live for years often the person will develop another illness such as bronchopneumonia which is what happened with my mum and this is often the cause of death.

People with HIV or aids sometime develop cognitive impairment, in the later stages of their illness.

Some people will have some problems with their memory but do not actually have dementia.

Some people with Parkinson disease or Huntington’s disease develop dementia also, evidence suggests that people with downs syndrome are at particular risk of developing Alzheimer’s, as they get older.

Proper assessment by a specialist physician e.g. a psychiatrist or health specialist is important.

There is no single test to diagnose it and it is based on a combination of symptoms.

A detailed history will normally be taken which involves talking to the person affected and people involved in their care.

Cognitive tests will normally be used to test the memory and mental abilities.

Blood tests and physical examination of the patient will be carried out to exclude any other causes.

Brian scans are used to look at the functioning of the brain.

A person- centred approach should be used, as everybody is unique and symptoms may vary from one patient to another.

Talking therapies including counselling and the memory clinic may be used to establish where a patient is at in terms of the progression of the illness.

Cognitive rehabilitation is something which helps a patient retain their mental skills, it mabe something like using devices e.g. a pill box for medication or a calendar clock.

Activities to keep the mind stimulated are often used and many people enjoy sharing their life experiences, and improve their mental abilities.

These are used to stop the progression of the disease, but again this will vary from person to person.

Risk Factors which may lead to dementia.

If you or a family member has any of the symptoms mentioned in this blog you should seek medical intervention as soon as possible so that the correct treatment can be put in place.

Claudette is a passionate campaigner and activist for mental health stigma and domestic abuse. She believes that everyone should be treated equally regardless of their disability or gender. She has diagnoses of Bipolar Disorder, endometriosis, Chronic Fatigue and Fibromyalgia. Claudette has a certificate in Management studies.  Her interests include beauty, makeup, animals politics, current affairs and social networking.

References; for further information on dementia please go to www.dementiauk.org.uk

2 thoughts on “What is dementia?”