Two years ago I was in Europe. It was a dream trip come true. I’ve often talked about it since then, sometimes still in a bit of disbelief that I was ever there.

My daughter and I set foot on an airplane for the first time ever and then we sped into the air and flew across the ocean. We didn’t set foot on land again until we were in Paris. Yep, Paris. A dream location.  A dream trip. And with my daughter. So amazing.

But having never traveled this far before, and knowing nothing about jet lag, I had no idea the toll jet lag would take on my body…the same body that fought Crohn’s disease and incredible fatigue on a daily basis.

The trip was already exhausting and rigorous. Although the flight was eight hours beginning at 6 p.m., we all slept very little just because it was tight quarters and we were excited. But when we arrived in Paris around 8 a.m. (Paris time) the next morning, having been up all night, we were already dragging.

And we hit the ground running. After a quick stop at our hotel to drop off luggage and change clothes, we were off into the city by foot. Most of us had been up over 24 hours at that point. By the time our heads hit our pillows late that night, we’d been awake and active for some 36 straight hours.

This is pretty exhausting for an average person, but for someone whose body is compromised from an autoimmune illness (one that causes fatigue), it was brutal. Only eight total hours passed from lights out to hitting the pavement again the next morning. There were long, speedy walks to catch the Metro and then short “breaks” standing on the subway until we were out and walking again. We walked at least 20,000 steps each day.

That second morning in Paris, we arrived at the Louvre after little sleep and long walks. I felt like I was going to drop where I stood. I knew that no matter how much I wanted to see the Mona Lisa, my body simply wasn’t going to allow it. I wouldn’t be able to be on my feet walking another two or so hours straight through this spectacular museum.

So I listened to my body. I sat down in the cafe at the Louvre. And then I cried. And kindness came. As I sat having little wimpy weeps, trying not to attract attention, a wonderful writer friend whom I’d only met online, called me. She lived in Paris, although wasn’t near me at the time. She asked if I felt like I was coming down with something and was bitterly exhausted. Yes! I exclaimed. Exactly like that!

“You have jetlag”, she said. I was relieved. There was a name to what was happening and it wasn’t “weakness” or “wimp.” She advised that I grab a cab back to my hotel, get some sleep, have a lovely meal, and explore the immediate area around the hotel at my own pace, taking care of my body.

It sounded divine. Once the group we were traveling with finished in the museum, I’d head back to the hotel. I felt exhausted but relieved I’d soon get to rest.

As I sat and waited, I watched the museum visitors milling about. I could tell many didn’t speak English and I avoided making eye contact because I felt so foolish, sitting there in one of the most amazing places in the world, crying.

A lovely older couple, probably in their 70s, approached me. They were beautiful and Italian and I’m sure could tell I was weepy. The wife, spoke very broken English at best, but her eyes were mercifully kind and she pressed her hand into mine, asking if I was alright. Her husband, who spoke better English, was able to relay to her that I was traveling and just not feeling well.

Their kind eyes were healing balm to my tired soul. We spoke for a few minutes and learned they were on holiday from Italy, and that they’d been to Detroit, here in Michigan. I’d gone nearly across the world and even in my pain and weariness, God had placed both an online friend and an in-person couple in my path to offer comfort and encouragement when I needed it so very much.

It meant a lot to me then, but it means even more as time passes and I realize how good God is and how kind people really are, and that kindness and compassion break all language barriers and span the continents.

Is there a time in your illness journey that someone’s help was especially meaningful to you?

P.S. I was able to have a wonderful rest in the best bed ever in Paris, enjoyed a delicious dinner in the swanky hotel restaurant, and a leisurely day later, I rejoined the group and my precious daughter for Montmartre and the Eiffel Tower on Valentine’s Day before heading onto Rome for the rest of the trip. 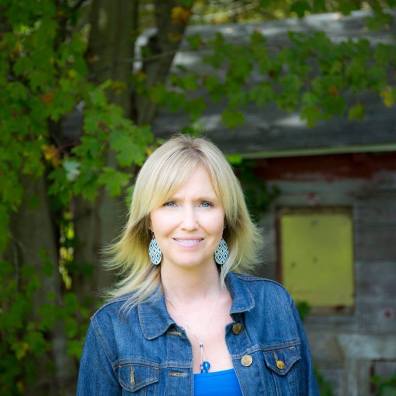 Melanie Pickett is a writer and speaker. Her blog was born out of her desire to reach and encourage women who’ve experienced struggle and hurts, particularly domestic abuse, as she has. Melanie speaks and writes about her own experiences as well as different aspects of relationships, healthy and otherwise, to inform, inspire, and make others feel encouraged and supported. She is an entertainment editor for a Christian women’s magazine and co-founder of the women’s ministry Yours Girls for women all-in for Jesus. Melanie is married and has two amazing teenage children who are her heart and soul. When she’s not writing, she’s reading, spending time with her family, cuddling her pug Gracie, or enjoying the beauty near her home in West Michigan. You can keep up with Melanie at her blog, on Facebook, Twitter and Instagram.

I'm a writer, mom, blogger, encourager, and lover of shenanigans, words and life. View all posts by Melanie S. Pickett