Oh boy. This is something that I have had way too many conversations about over the past few years. I want to preface this article with a little disclaimer, there will be a little snark in here.

As someone who has lived with a chronic illness for my entire life, and then compounded that illness with severe mental health issues including PTSD, the amount of times I have had conversations from well-meaning people attempting to empathize with me is exhausting.

I was officially diagnosed with an Anxiety disorder in July of 2015, 45 days before my first brain surgery, however, based on symptoms my doctors think I had been dealing with one since about 2005 when I was 14. In that time, I was abused, assaulted, nearly died, nearly killed myself, flunked college, got back and nearly failed again, thought I would lose my mom to brain surgery, my sister to brain surgery, and my own life to a brain surgery. My life was a mess. So, it’s no wonder I developed an anxiety disorder.

However, in 2016 I began to talk about my mental health publicly for the first time, and people began to come up to me and in their most well-meaning condescension say something like this:

“Oh wow, when I have a big project coming up I get really anxious too. I know how you must feel!” As well-meaning as these people are, the answer to them is that no, no you don’t.

Anxiety is the name we give to an emotion called Fear. Fear is an emotion that everyone feels from the moment they’re born to the moment they die. It’s something that will be ever-present in our lives (not literally, but in all stages).

Fear is an emotion is felt both physically and mentally. Mentally you will hear thoughts of worry, questions of if something bad is going to happen, or someone is coming to get you. Physically you will feel a pit in your chest, a racing heart, your temperature will rise, and you will feel a large urge to move (like jumping out from in front of a bus).

Fear is a necessary and valuable emotion, and we all feel it. All of us have experienced those symptoms at different points in our lives. On a coaster, in a scary movie, before a test, when we’re going to ask someone out for the first time.

If you’ve ever experienced those or any other situation like them, congratulations, you’ve felt anxiety! You’re a person! (If you haven’t, you may not be human and should get that checked out). However, you have not experienced what it is like to live with an anxiety disorder.

There are multiple different types of anxiety disorders, but the most common is pinpoint accurate on its name: Generalized Anxiety Disorder (what I have).

Generalized Anxiety disorder is clearly defined here, but it can be described as experiencing the following:

And the biggest key is that over at-least the past 6 months, you have to have experienced multiple of these symptoms on more days than you didn’t, frequently most of the time.

Here is where the difference comes in. You feel anxious about a test tomorrow or next week. I start shaking uncontrollably, crying, and having difficulty breathing because my wife asked me to go to the store and I’m afraid that the building might collapse.

Then the kicker, I wake up the next day and do it all over again. That’s the difference, and why it feels so condescending when you equate your reasonable fear about a minor struggle or even a major struggle in your life to my anxiety disorder. Your fear ends, mine never does because it’s not tied to any real-world risk or event. It’s never-ending and always at 100.

I and others like me appreciate your attempt to empathize and care but focus more on expressing sympathy and support rather than trying to equate your experience to ours, unless you can.

You are valuable, your experience is valid and however, it affected you is important but understand that suffering and struggle comes on a scale and it’s ok that you can’t relate to someone else’s.

If you relate to any of the major symptoms I described, you are valued and loved and there is hope. Through therapy and medication, I was able to move past my disorder to a place where I only experience a panic attack once every 4-6 months as opposed to multiple times a day. You are not alone, and you can find help. 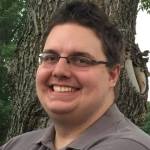 Caleb is a Storyteller, Marketing Expert, Business Owner, Husband, and Streamer. He has a B.A in English and Creative Writing from Augustana University in South Dakota, has successfully graduated from DBT Skills group and has become a Twitch Affiliate. After being diagnosed with genetic cancer at age 10 he ventured down a path of substance abuse, depression, anxiety, PTSD, and a myriad of surgeries, that culminated in brain surgery and full mental breakdown in September of 2015. This led to his journey in self-discovery, DBT, solidifying his love for his wife, and growing into a better man and husband than he thought was possible.