So what does it feel like to have bipolar disorder?  Today my brain is in a “groove”, which it’s prone to do.  A “groove” for me is a track my thoughts get stuck in.  A “groove” is a milder form of obsession, which is one of my symptoms when it gets severe.  My brain can move in multiple grooves at the same time, which makes them even less fun than usual, depending on how many there are.  One groove is often a song lyric or tune; another could be a dominant thought, and another might be an image or action. 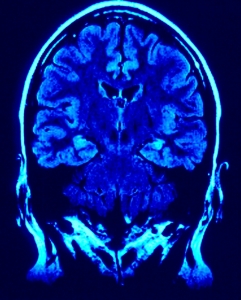 Today’s song groove is “Summertime Guys” from the 2003 Kim Possible cartoon soundtrack.  I’m pretty certain it’s inspired by our trip to the pool I have planned this afternoon for my daughter and a friend. The chorus has been running through my brain over and over all morning.  Today’s dominant thought has been what I’m going to say in this blog post—in the form of “What on earth am I going to write about?”  Images that have stuck in my head are scenes from the Kim Possible cartoon and the images conjured up by the song in my head—a swimming pool with diving board and lots of teenagers lounging around.  Sometimes the images, thoughts, and lyrics are linked like this, sometimes not.

Interspersed with the grooves are random thoughts, ranging from “What am I going to cook tonight?” to “What am I going to do with my life?” to “What is going on in my kids’ heads?” to “What is Trump/Hillary/ISIS/whoever thinking by doing that?”  I flit from thought to thought without lighting on them, while the dominant thought is still in a deeper grove that won’t go away.  I am still wondering “What is this blog post really about?” even as I type now.

When I get a dominant thought that disturbs me somehow, I know I’m verging on mania or depression.  It depends on the content of the thought.  When I get manic, I’m usually obsessed with an idea that may seem harmless but is actually dangerous for me.  Obsessing about the future or the past is usually a sign I’m getting manic.  I may fantasize about what I want, what might have been if I’d made different choices in my life, or about traumatic events that I can’t forget.    “Fantasize” is the key word here; I’m not talking about planning or reminiscing about an event.  When my mind flies off the handle of reality, I know I’m treading on dangerous ground.

When my thoughts run to hopelessness and lack of a future, then I know I’m getting depressed.  The track gets deeper and deeper into pain, past regrets, or lack of hope about the future.  Activity slows, and all I can do is lie in the bed and think about how rotten it feels to be me.  All grooves converge into one if I let it go long enough, and I fantasize about suicide constantly when that happens, whether manic or depressed.

The flitting thoughts can be distracting to the point of despair sometimes, because it makes it hard to continue a thought through to completion. My brain can be a wideopen door for whatever thoughts want to visit and chatter in my head for a while. They can be memories, fantasies, imagined conversations, or songs from the radio.

Occasionally I have “normal” periods where I can have a lot of focus and concentration, and they feel wonderful.  That’s when I get writing, housework, cooking, and conversations done and feel satisfied with what I accomplished.  I’m having more and more of these periods as I continue to take my medication and train myself to focus on a task at hand instead of the ten thousand flying thoughts in my head.

So right now it’s the middle of the day and I am focused on the writing with half an ear listening for my child’s voice at the pool.  Once I finish this post, I imagine my mind will flit around a good deal more without the dominant thought to occupy it.   Another song is threatening to take over—it’s from the dance clinic this weekend called “King of New York”.  I’m hearing it in the voice of the gruff musical theater instructor who looks more like a retired football coach than an active dance teacher in DC.  “Ain’t I pretty, it’s my city, I’m the king of New York!”

The whistle just blew for the kids to get out of the pool, and I’m winding up this post.  I hope I’ve given you a little insight as to how my particular bipolar brain acts. 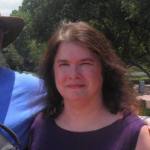