I have written and rewritten my story so many times, and it has been a struggle to find the right words, and decide which parts needed to be taken out, which needed to be shortened, and which needed to be expanded. I have finally decided that instead of sharing it all at once, I would share bits and pieces of my story over the next several Flashback Fridays!

I have been asked so many times when my struggle with depression and anxiety began. I never knew how to answer this question, because when I think back, I had a pretty happy childhood! I was that girl who was always smiling and was a bit of a teacher’s pet. I may not have been popular or liked by everyone, but I was happy. When I think about my childhood, my first struggles with anxiety and depression started in Grade Six.

There were some circumstances that caused me to become very aware of my physical appearance and I decided I was to “fat” so I started exercising and eating less. After a while, I was sent to a counselor to talk about my self-image issues. Now usually that would be helpful! But I was less than thrilled about that. I was mortified, but more than that. I was hurting. You see from that young age up to my third year of high 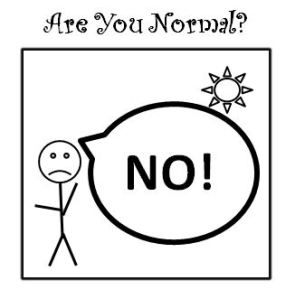 school, I associated seeing a psychologist or even talking to a counsellor with being messed up. I believed that because I had to talk to a psychologist that there was no hope for me and that I would never amount to nothing. This lie continued to grow within my head for years and only got worse with time. I truly believed I would never amount to anything and that I was too messed up to succeed in any of my dreams.

What are some lies that have been instilled into your mind that held you back in the shadows? Share them in the comments!

Together let’s defy the shadows!!