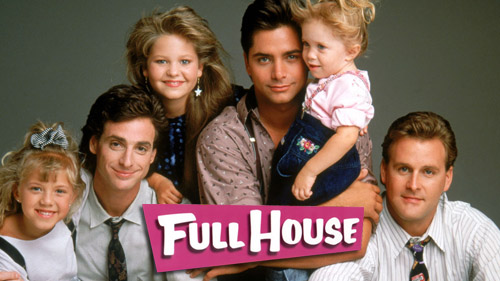 With Fuller House coming out this year, I feel it’s probably safe to say that you’ve heard of Full House at some point – and if so, you probably have watched an episode or them all like five times. It’s a great show – but that’s not why I’m writing about it.

There is one episode in Season 3 (episode 11 – Aftershocks) that discusses anxiety and therapy; two topics that we discuss often here at Defying Shadows.

In this episode, there was a recent earthquake and ever since then, Stephanie had been clingy to Danny to the point where Danny had to cancel and business dinner to keep Stephanie from freaking out. 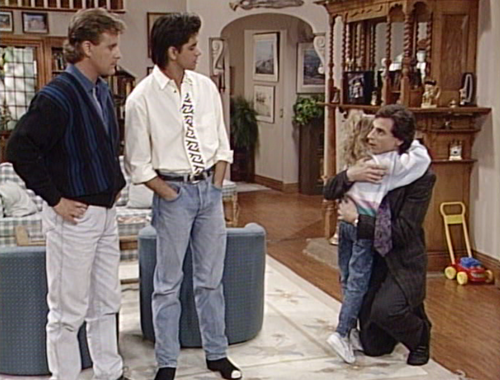 Danny tries to find out what the problem is, but Stephanie won’t discuss it with him. The following is a transcript of a conversation between Danny (father), Joey and Jesse (uncles).

Danny: I’ve tried everything but I can’t find out what’s wrong with her.

Joey: Danny, don’t be so hard on yourself.

Danny: I have a trophy in my room that says “World’s greatest dad”. I’d like to deserve it.

Jesse: Oh Danny, common! Not every dad knows every answer to every problem.

Danny: Yea, that’s gonna do me a lot of good tomorrow when I go to leave the house and Stephanie won’t let go of my leg.

Joey: Maybe we need some help with this.

Danny: *clearly offended* What do you mean? Take her to a therapist or something?

Danny: Joey! It’s not that serious.

Joey: Danny… You just said she –

Danny: LOOK! She has these times when she needs me and then we spend some time together and things are calm again.

Jesse:  Hey Danny, admit it. After what happened today, whatever Stephanie’s problem is, it’s not going away. It’s getting worse.

Danny: *Upset* What do you want me to do? Take her to some stranger and say I can’t handle my own kid’s problem?

Jesse: NO! I want you to say you love Stephanie so much that you would do anything to help her.

In the end Danny agrees to call Stephanie’s doctor and gets her to see a therapist where they find out what is causing Stephanie so much anxiety and a way to resolve the issue. 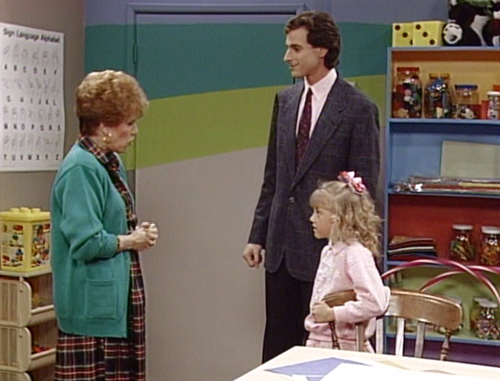 Admitting your child needs to go to therapy doesn’t mean you were a bad parent – in fact I think it says the exact opposite! If you know your child needs help and you do whatever you can to help them, it shows you are an amazing parent who has your child’s best interests at heart.

So parents with children going to therapy – be encouraged! You’re doing great!